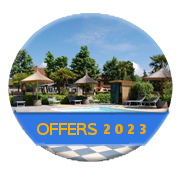 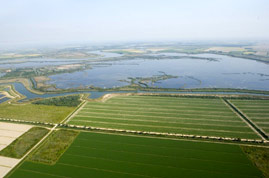 The Case Are residence is located within the broad context naturalistic Valle Vecchia Caorle, famously known by the first name of Brussa.
From the 60 'has tried to turn a swampy area of Veneto, unhealthy and left to itself, in a meeting place for families and nature lovers. So began a reclamation of the territory that led to an improvement in a few years the whole area of the coast. 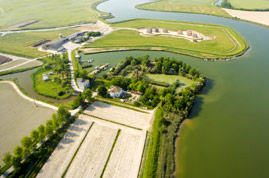 Due to land reclamation in Brussa are represented numerous environmental situations, such as sand dunes, areas of freshwater swamp and pine forests inserted into a context of cultivated areas. Its complex environmental mosaic determines a particular natural wealth, oasis and refuge for many birds, migratory species, and wildlife of the swamp. 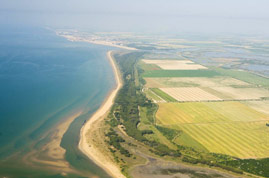 This particular its multitude of plant and animal species and environments has attracted the attention of environmentalists and nature lovers who have managed to keep the place Brussa as atypical, different from other seaside towns of the province of Venice. Recently, the European Union also became interested in the environment pristine Brussa recognizing it as a site of Community importance. 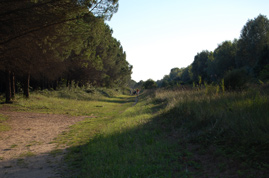 This recognition sees as a priority objective the conservation of habitats, fauna and flora, also with funding opportunities for projects to protect nature. In addition to Brussa has been given a new name: the Valle Vecchia.